It is time to say good bye to Lucca which has been our home base for the week. But before we go, I would like to share a few more points of interest.

Lucca is very centrally located to take in many other sites in Tuscany. Notably we are just one hour from Florence. Since we had visited Florence on a prior trip, we opted for these other memorable sites.

San Gimignano is a beautiful, medieval hilltop village most recognized for it’s 14 tower houses. The town is home to approximately 7800 and many tourists. 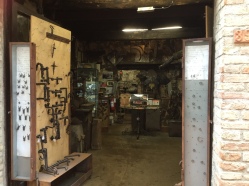 While filled with interesting sites and shops, it really is best viewed from a distance where one can take in the tower filled skyline.

Volterra is a well preserved, walled, hilltop town, widely know for its Alabaster artistic handcrafts mined in the surrounding area. 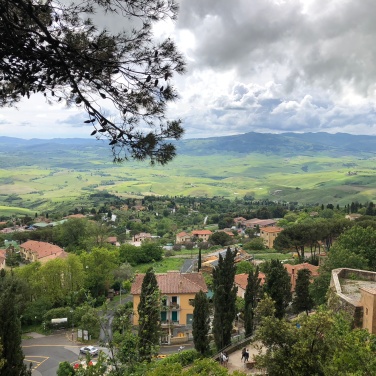 Additionally, we were rewarded with great views ruins of a Roman Theatre from the first century B.C. This site was only excavated in the 1950’s. 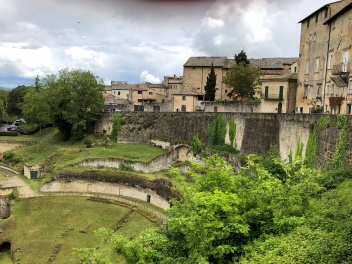 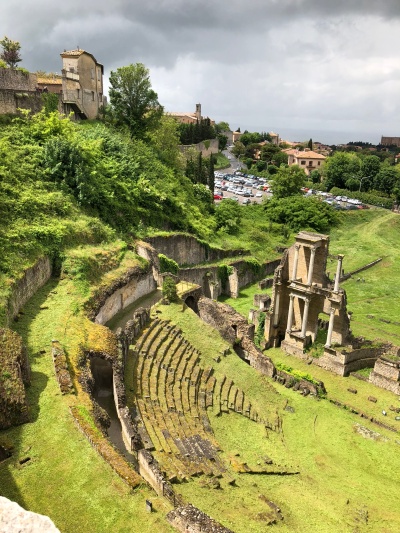 Incidentally, Volterra was the location of the home to the Volturi in the Twilight series although I did not see any vampires on our visit.

Pisa gave us quite a treat as we rounded the corner to the field of Miracles and there was the Leaning Tower of Pisa amidst its companion structures, the baptistery and the Duomo (Cathedral). 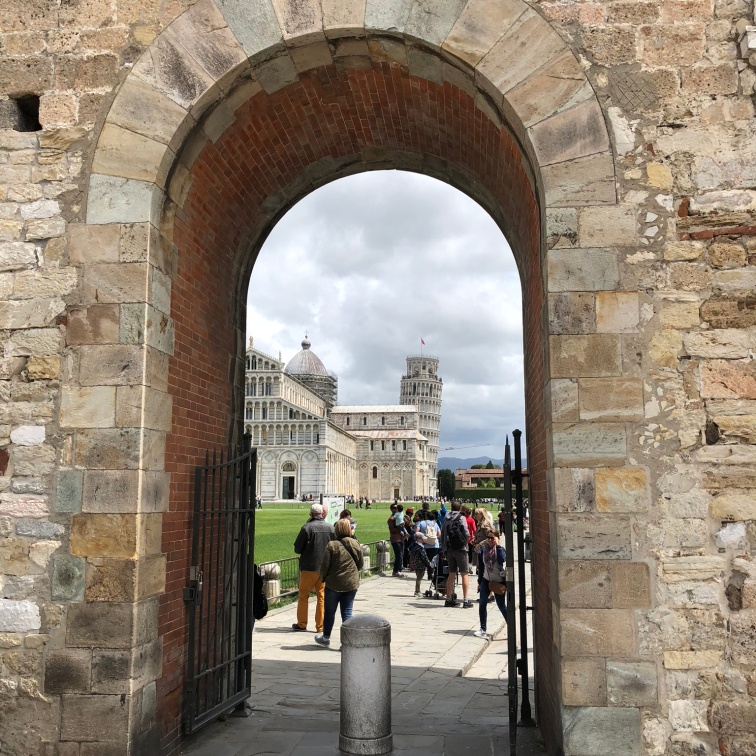 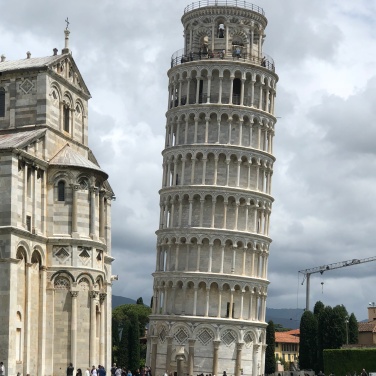 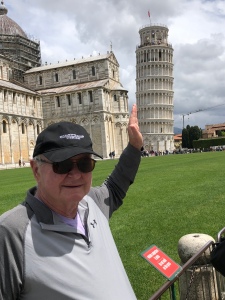 The Campanile or bell tower is widely know for it’s unintended tilt. While efforts to improve it’s posture were done in 1990 and 2001, the tower still retain’s a jaunty tilt since the beginning of it’s construction in the 12th century.

The Cinque Terre or 5 lands are a group of villages along a rugged coast line. Few roads still serve this area. We elected to use the train from La Spezia, traveling mainly through tunnels carved into the hillsides separatig the villages. 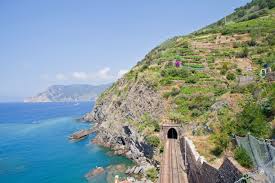 Each of the five villages have there own uniqueness, some with spectacular coast line views and others with small sandy beaches. 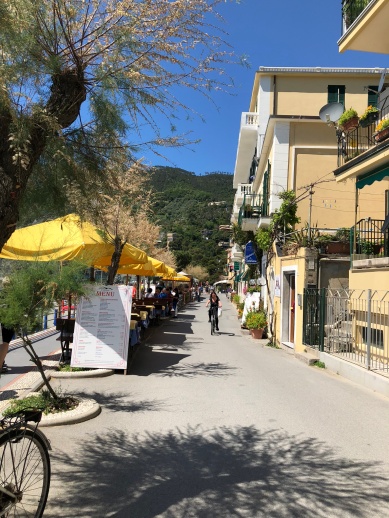 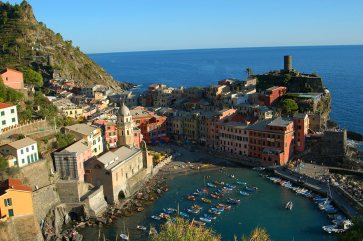 All five villages can be reached by train, ferry boat or a walking trail know as the Azure Trail.

Back in Lucca, we spent our last evening watching the 1,000 Miglia.

The Mille Miglia (Thousand Miles) was an open-road endurance race which took place in Italy twenty-four times from 1927 to 1957 (thirteen before the war, eleven from 1947). It was discontinued in 1957 due to 2 fatal car crashes. 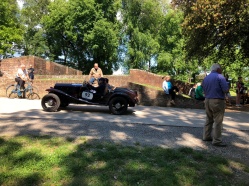 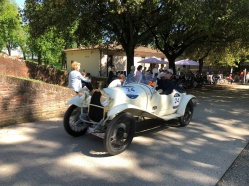 Since 1977, the “Mille Miglia” has been reborn for classic and vintage cars. Participation is limited to cars, produced no later than 1957, which had attended (or were registered) to the original race. The route (Brescia-Rome round trip) passed through Lucca Friday night and we were just in the right place at the right time to see this memorable event.

The cars passed along the Lucca city wall and then through the Piazza Anfiteatro where we watched from our favorite restaurant, Parlascio.

The experience of staying in one place for a week is getting to know the locals. the friendly staff here as well as our local grocer across the way really made us feel at home. 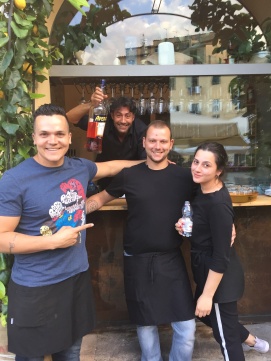 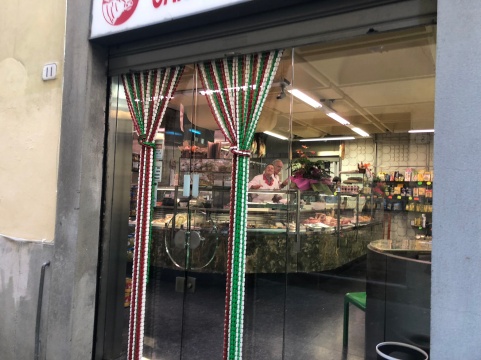 One thought on “Arrivederci Lucca”